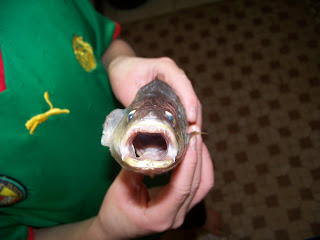 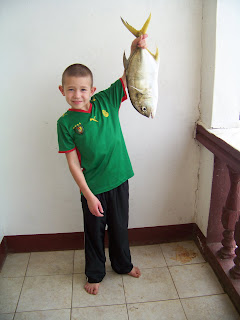 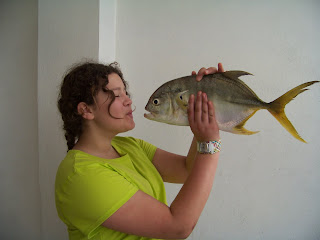 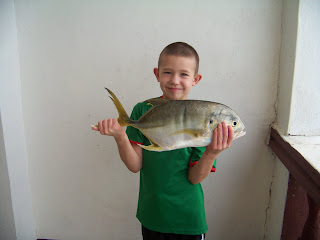 Hey,Grandpa, check out my fish! Ok, I didn't really catch it, my dad bought it from Liberman, who bought it from fisherman that were coming from the ocean.
This big one is called a Golden Fish. It had very interesting spikes on the side of its tail. It was very tough to cut though, we'll see how it tastes. The little one is called a bar fish and is really tasty. Kent and Katie were both having fun with the big Golden Fish. So much for don't play with your food.
Posted by Who are we at 10:51 AM

That's a pretty big fish. So, who cleaned it?

Uncle Nathan said to tell Katie that the fish isn't going to turn into Prince :) haha